Our Vision for Icthus Ministries

Icthus Ministries provides a place where our guests can hear from the Lord and be refreshed.We strive to create an environment where guests transition from a 24/7 culture to a place where they experience a 24/7 Jesus. 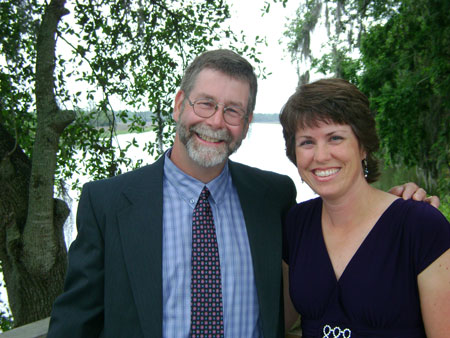 Bill invited Jesus Christ to live in his heart and to be his Lord and Savior in 1974 after attending a Fellowship of Christian Athletes (FCA) camp in Black Mountain, NC. Upon graduation from Lake City Community College and Forest Ranger School in 1978, he worked for twelve years as a forest ranger for Westvaco Corporation in their research department. In September of 1990, he answered God's call on his life and became the director of Icthus Ministries.

Bill has served as a huddle leader for the FCA, Sunday school teacher, youth leader, elder, and was ordained as a minister of the gospel of Jesus Christ in 1993. In September of 1994 he married the former Edith People of Phenix City, AL. They have been blessed with three beautiful girls, Emma (2001), Reah (2003), & Lydia (2005) & two handsome boys, David (2007), & Elijah (2009). His certifications include: Precept upon Precept Inductive Bible Study Leader, Outdoor Emergency Care, and raft guide. He has been a member of the National Ski Patrol since 1994.

Bill enjoys serving Jesus, being married to Edith, being a Daddy, paddling whitewater, skiing, biking, hiking, hunting, and fishing. His greatest claim to fame is that he personally knows and is known by THE KING OF KINGS AND LORD OF LORDS!!! 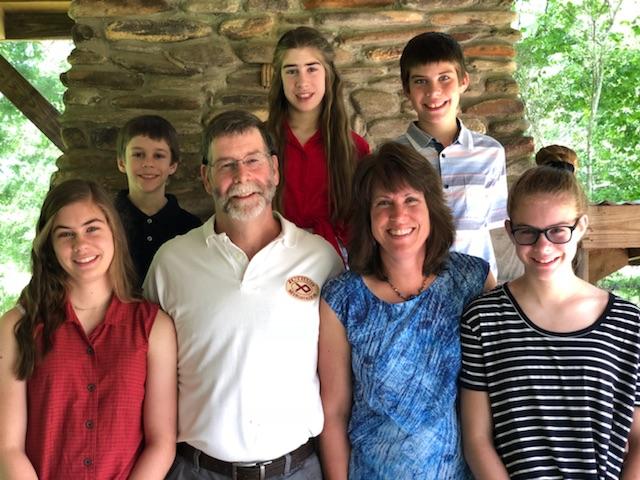 The Dingles having fun whitewater rafting

Edith came to know Messiah Jesus at a very young age. She has been involved in ministry to the Church for over twenty years, in worship leading and youth mentoring. She received her Bachelor's degree in Piano Performance, and her Master's degree in Music Theory. Edith and Bill were married in 1994, and Edith has been partnering with Bill in the ministry of Icthus ever since. In 2001 God miraculously blessed Bill and Edith with their first child, Emma. During the next eight years God poured out His blessings with four more children: Reah, Lydia Eve, David, and Elijah. Needless to say, Edith's time is primarily spent in the care of her family. She does, however, still make time for music and for an occasional performance.

During Passover of 2008 Edith released her first CD, "Journey Back to Shalom". She is presently writing a cookbook and a children's novel. She daily thanks God for their new residence at The Haven, where there is almost constant interaction with the community and with the groups from Icthus.

Some of Edith's favorite hobbies are bread-making, gardening, painting with acrylics, writing, reading, researching genealogy, and hanging out with their summer staff. Edith looks forward to many years at Icthus, with the expectation of an ever-increasing outpouring of God's presence!

Spring at The Haven 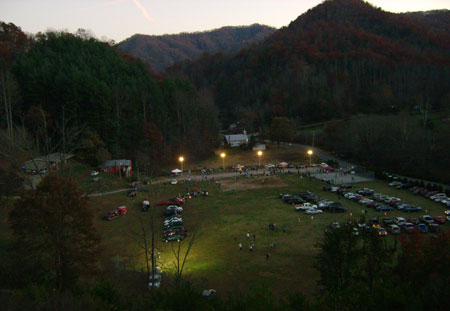 Beginning in September of 1999 we purchased thirty-eight acres and a small house about three miles from the retreat center. The vision is to build a new lodge and move the current operation, located on one acre, to the new site. The original purchase of twenty-four acres was the remainder of a cattle farm. To differentiate between the two locations we've always referred to the latter as "the farm"...until now. As we get closer to building a new facility, we believe that "The Haven" more accurately describes what the Lord wants the new place to be. It is indeed our prayer that it will be a safe place, a refuge, a "Haven" for all who come in the future.

Please join with us in praying for God's plan to bring this vision into reality. His plan is absolutely the most important thing, because when we have His plan, He brings everything we need exceedingly, abundantly, more than we can dream or imagine, according to Ephesians 3:20.
"Now to him who is able to do far more abundantly than all that we ask or think, according to the power at work within us,"